Monday, September 6th 2021 – Just in time for Labor Day we had to drop our episode about the Ladies’ Bridge in England. This tribute goes out to all of the women doing work in the building trades.

Jeremy and Andreas wanted to take a moment and cover a couple of pivotal women in the building/construction industry that were considered movers and shakers. The first is Emily Roebling.

Emily, known as the ‘first woman field engineer’ took over as the Structural Engineering lead of the Brooklyn Bridge. She never had a formal education yet received a cursory education and was mostly self taught.

We also wanted to cover Louise Blanchard Bethune who has been acknowledged as the first American woman to have worked as a professional architect.

These two brave women paved the way for generations to come. This leads us to our bridge of the week – the Waterloo, aka “Ladies Bridge” of London.

Originally designed by our boy John Rennie, the original Waterloo bridge suffered damage from the enhancement of the New London Bridge, which Rennie designed himself (talk about job security).

A fun fact about this bridge is that stone from the original structure was used for park benches and artwork throughout parks all over the world. See the image below, the balustrades from the original design now serve as a railing for a walkway underneath the bridge. If you’re asking yourself what a balustrade is, you should go have a listen to the episode 😉. 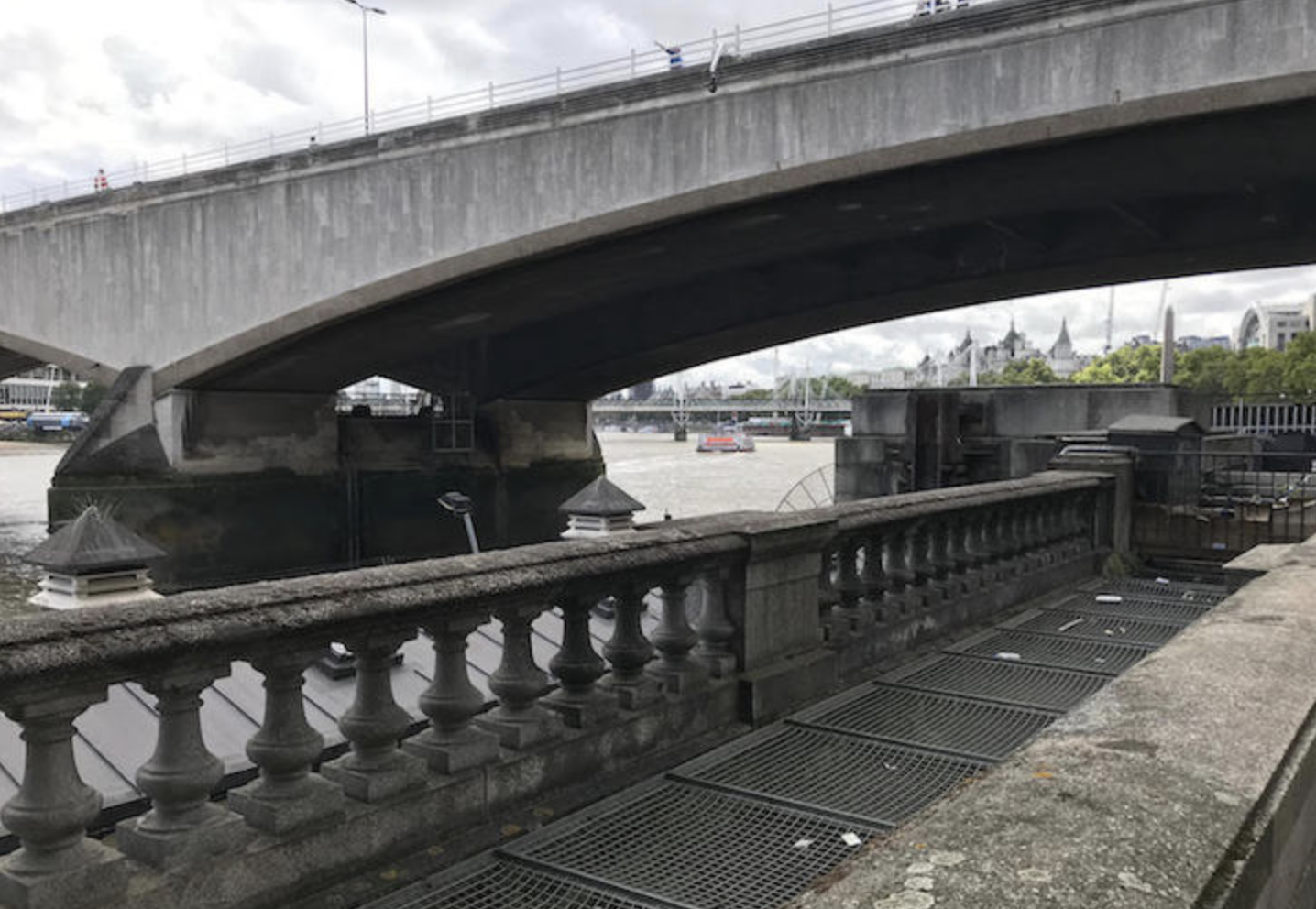 As the wear and tear of the bridge progressed, WWII began to take its toll on England. As the bridge eroded and needed to be replaced, the labor shortage hit due to men serving in the war. Though construction of the bridge was initially delayed due to labor shortage, its strategic importance to the war meant that women would need to fill the void.

After the war was over the men returned and many women lost their jobs working in construction. The women, however, retaliated and organized a conference for women in the trades. It called for unions to allow them job opportunities. These empowered women wanted to use their skills and play their part in rebuilding the country. Their requests were denied however.  The worst part about it is during the opening ceremony of the bridge Herbert Morrison who led the ceremonial opening gave credit to the men who built the bridge.

All of this aside and thanks to Karen Livesey, Jo Wiser, and the Concrete History Team, the women who built this bridge were finally recognized in 2015. The team produced an amazing video with real life witnesses that tells the story of how these women helped this bridge survive WWII. You can donate and watch the video here.

Be sure to check out our episode and sign the petition to have the English Heritage consider the placement of a blue plaque on this bridge to commemorate these women!

3 thoughts on “The Ladies’ Bridge of London, England”